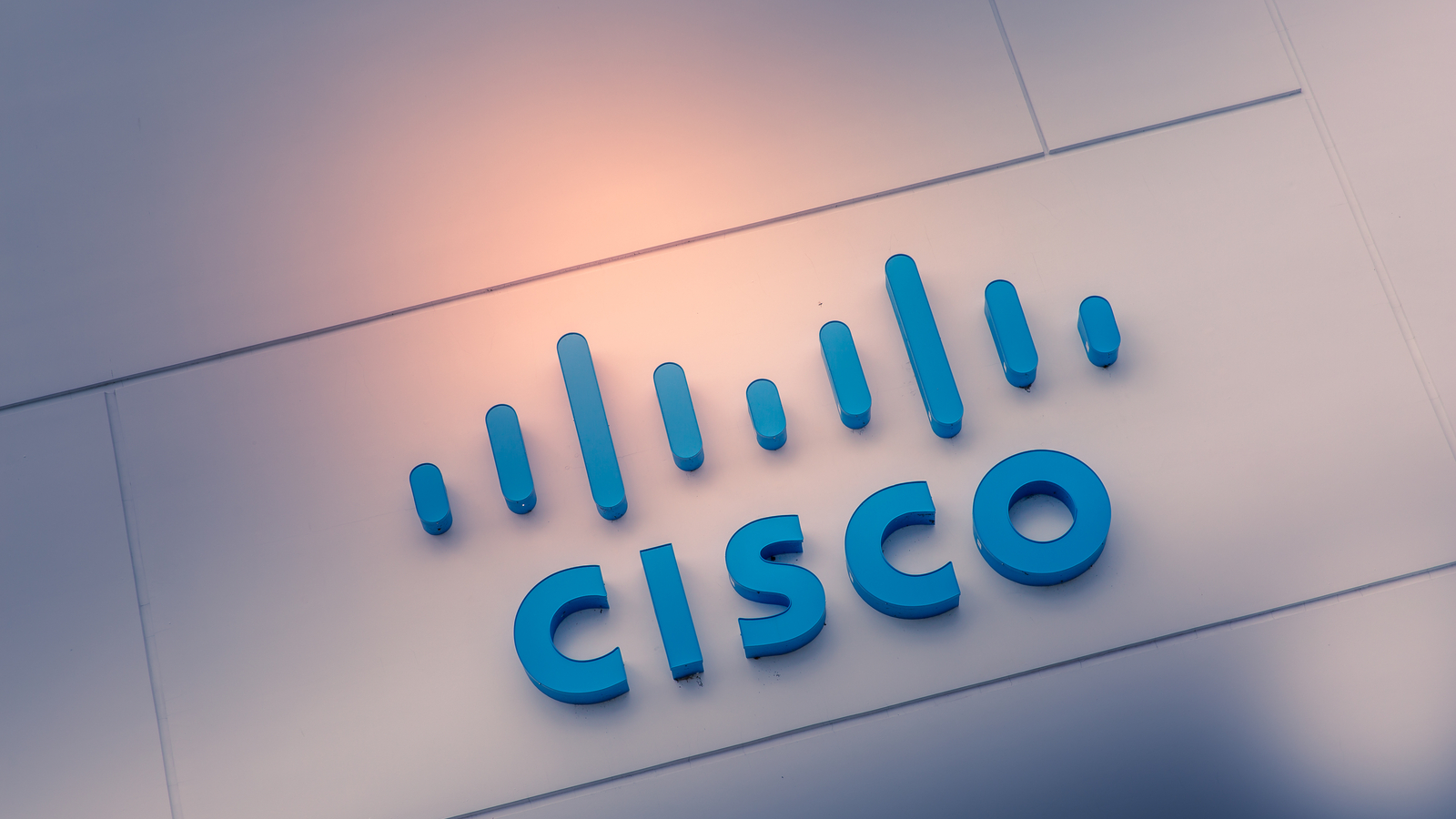 In sports, a losing team’s first move is to fire the manager. In business, this is the last move. Cisco Systems (NASDAQ:CSCO) has been adrift ever since Chuck Robbins became CEO in 2015. Once the world’s most valuable company, Cisco stock has gained less than 10% each year over the last five.

Its most recent results, revenue down 9% and non-GAAP earnings down 4%, sent shares down nearly 20% after its release Aug. 12.

A good CEO can quickly build a compliant board of directors, and a loyal management staff. So can a bad one. Even the best companies like General Electric (NYSE:GE) can be brought to the brink before action is taken.

Robbins seems secure in his job at Cisco. The only recourse investors have is to sell Cisco stock. Is it time for you to fold your hand?

Robbins’ grand strategy is based on a reasonable assumption, often advanced here, that hardware is becoming software. He’s pushing to shift Cisco’s revenue from expensive networking gear to software subscriptions.

It’s not working. The revenue run rate today is the same as it was in 2016. Profits have been uneven. The 36 cent per share dividend remains affordable, however. It now yields 3.75%. This means a lot of shares are now held by people, and institutions, who fear change and its risks.

The stock’s low price has analysts pounding the table for it, calling it cheap and undervalued. But that’s not how tech stocks work. I bought this argument myself in 2019 and lost some money on Cisco, which now trades below where I sold it.

When a company stops growing it starts dying. A small cut tells the sharks to feed.

A Sea of Troubles

Robbins’ reaction to the latest earnings has been to cut back. About $1 billion in salary is being dumped. Morale is horrible.

That’s not helped by Cisco letting people go over their politics. The company has apologized and promised more diversity, but the number of bugs hitting Cisco software is increasing. Some impact key products like its high-end switches. Cisco has made a half-dozen security acquisitions since Robbins took over. Companies may be selling to Cisco to cash out rather than grow.

Cisco has announced 10 acquisitions since the start of 2019, aimed at patching holes in the product line. The most recent is BabbleLabs, bought to improve its videoconferencing experience.

But that deal only serves to underline Cisco’s weakness. Cisco practically invented videoconferencing. It spends big money to have its WebEx featured on networks like CNN. But when the pandemic hit, Zoom Video (NASDAQ:ZM) became a verb. Cisco is now worth only 15% more than Zoom, which came public in April 2019 and covers just one of Cisco’s product niches.

Competitors can smell blood in the water. This month Hewlett Packard Enterprise (NYSE:HPE) finished its acquisition of Silver Peak, a software-defined networking company that will be part of its Aruba unit.  The move accelerates the move of networking from a product to a service. It increases the pressure on the company and Cisco stock.

Robbins was the hand-picked successor of legendary Cisco CEO John Chambers. He’s from Grayson, Georgia, now an Atlanta suburb but, in the 1970s, a small farming town.  He’s an experienced corporate politician.

If this were an Atlanta sports team, Chambers would now be easing Robbins aside and finding a new boss.

But Cisco is not a sports team. With the dividend secure, and $29.4 billion of cash in the bank as of July, Robbins is in less danger than Andy Reid, whose Kansas City team won last year’s Super Bowl.

Robbins is going nowhere. Maybe you should.

On the date of publication, Dana Blankenhorn did not have (either directly or indirectly) any positions in the securities mentioned in this article.

Dana Blankenhorn has been a financial and technology journalist since 1978. He is the author of the environmental thriller Bridget O’Flynn and the Bear,  available at the Amazon Kindle store. Write him at danablankenhorn@gmail.com or follow him on Twitter at @danablankenhorn.

Stocks making the biggest moves premarket: Beyond Meat, Cisco, Las Vegas Sands and more
7 Great Dividend Stocks To Buy In September For Insulation from Volatility
These photos show SpaceX’s civilian Inspiration4 crew taking in the view from the massive window in orbit
3 Value Dividend Stocks for High Total Returns
As stocks enter volatile period, the Fed will attempt to not rock the boat further in the week ahead