Cassava Sciences (NASDAQ:SAVA) stock is in a tailspin after a lab denied it had prepared recent results for the biotech’s experimental Alzheimer’s disease treatment. 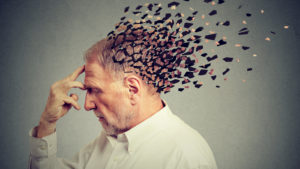 The rejection contradicts a statement from Cassava that Quanterix Corp. produced the results.

The development comes shortly after a former U.S. Securities and Exchange Commission (SEC) lawyer filed a petition with the U.S. Food and Drug Administration to stop Cassava’s drug trials over questions of its integrity.

According to a statement released by Quanterix, it performed certain prior services for Cassava but “did not interpret the test results or prepare the data charts presented by Cassava at the Alzheimer’s Association International Conference (AAIC) in July 2021 or otherwise.”

Remi Barbier, Cassava’s chief executive, offered a rebuttal via email, but the damage is done.

Can SAVA Stock Recover From the Allegations?

Several pharmaceuticals companies with an Alzheimer’s drug in their pipeline have done well after the U.S. FDA approved Biogen’s (NASDAQ:BIIB) Aduhelm to treat Alzheimer’s disease. It was the first new drug approved for Alzheimer’s in the last twenty years.

It is estimated that almost 44 million people worldwide live with Alzheimer’s disease or a related form of dementia. And with only one approved treatment out there, there is a lot of market share up for grabs.

Against this backdrop, SAVA stock skyrocketed. And despite the recent drop, shares still have a one-year return of 1813%. Much of this rise is connected to Simufilam, Cassava’s investigational drug for treating Alzheimer’s disease, moving to late-stage clinical trials.

SAVA stock was trading around $7 at the start of the year. It started to rally in February, after the company announced the successful completion of an end of phase two meeting with the U.S. FDA for Simufilam. It meant the company could now advance to phase three trials for Simufilam.

Recent events have led to a substantial drop, but I don’t believe you should buy the dip. The stock is still trading at more than 1000% gains year-to-date. It might be best to wait for the dust to settle on the latest developments before committing more capital to this one.

Cassava Sciences is a development stage company. You can’t expect the financials of a stable pharmaceutical giant when analyzing SAVA’s numbers. The company has no revenue and is burning cash.

Research and development (R&D) expenses have been increasing exponentially in the last few quarters, and the net loss is widening, but that is expected with nascent biotechs. If successful, Simufilam can garner multi-billion dollars in peak sales. At that point, all of the current R&D expenses will feel like chump change.

Meanwhile, the liquidity position is rock solid. On June 30 cash and cash equivalents stood at $278.3 million with no debt, compared to $93.5 million at the end of last year.

Granted, much of the cash is from selling a lot of stock, heavily diluting the existing shareholding, but that will not hurt investor sentiment at this stage.

Almost every company riding the Reddit wave has taken advantage of the price momentum by issuing more stock and shoring up the balance sheet.

The recent developments do not mean SAVA is a bad stock. The company recently announced phase-3 trials for Simufilam for the second half of 2021. In July, Cassava Sciences unveiled the results of a clinical study showing the drug “significantly improved cognition in Alzheimer’s patients, with no safety issues.”

However, the valuation and fundamentals are divorced at this stage. Investors have already priced in the potential gains of a possible approval from the U.S. FDA.

Under these circumstances, wait for shares to lose more steam as there will be plenty of posts and press releases regarding the recently surfaced allegations. They can move the price in either a positive or negative direction, but these swings will be temporary.

That makes SAVA stock a speculative play at this stage.

On the publication date, Faizan Farooque did not have (either directly or indirectly) any positions in the securities mentioned in this article. The opinions expressed in this article are those of the writer, subject to the InvestorPlace.com Publishing Guidelines.

Faizan Farooque is a contributing author for InvestorPlace.com and numerous other financial sites. Faizan has several years of experience in analyzing the stock market and was a former data journalist at S&P Global Market Intelligence. His passion is to help the average investor make more informed decisions regarding their portfolio.