Imagine having a $10,000 investment that grew to over $46 million dollars. Let me let you in on a little secret: The best way to become a millionaire is to invest in a small group of startups with founders who believe their company can change the world.

Anyone can do this. But the difference between “anyone” and those who become millionaires is the discipline to buy, hold through intense volatility, and wait for the company to indeed change the world.

Had you done that with computer stocks like Microsoft (NASDAQ:MSFT) and Apple (NASDAQ:AAPL) in the 1980s, then you would’ve turned your $10,000 investments into more than $46 million today: 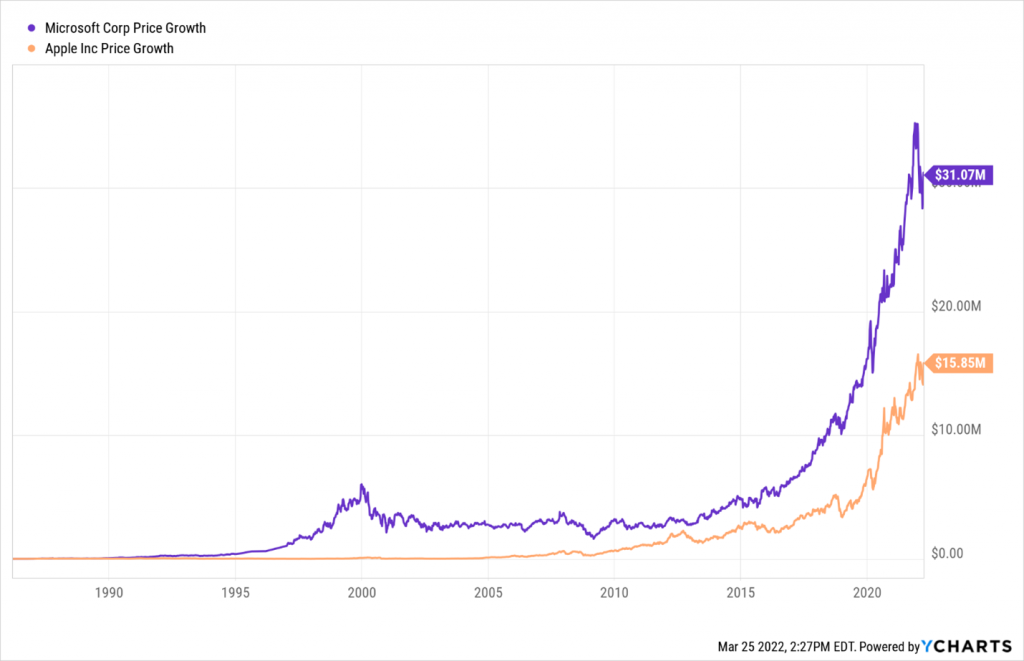 Had you done it with internet stocks in the late ’90s, such as Amazon (NASDAQ:AMZN), you’d have turned $10,000 into more than $16 million. Had you done it with cloud stocks like Netflix (NASDAQ:NFLX) in the late aughts, you’d have turned $10,000 into a cool $3 million today. While, in the early 2010s, a $10,000 investment into electric vehicle (EV) powerhouse Tesla (NASDAQ:TSLA) would be worth more than $2 million today.

We’re literally talking about “Millionaire-Maker” opportunities here — not the 7% per year you get with an index fund or the 3% dividend yield you get with Coca-Cola. At that rate, you could still turn $10,000 into a million bucks… by 2091.

Most folks don’t want to wait until their rolling in their graves in 2091 to become millionaires. That’s why, in our flagship investment research advisory Innovation Investor, we’ve fully embraced this core investment strategy. We’re all about turning thousands into millions by taking big bets on small companies with world-changing potential.

And, today, I’d like to introduce you to one of our favorite potential millionaire-maker stocks.

A New Type of Battery to Change the World

One of the world’s most hyped-up investment megatrends these days is the Electric Vehicle Revolution. That is, investors and consumers alike seem convinced that the world is rapidly shifting toward electric cars, busses, planes, and more. Everything’s going electric!

But the plain truth about the EV Revolution is that everything won’t go electric until we make better batteries.

Let’s take a quick trip back to chemistry class… 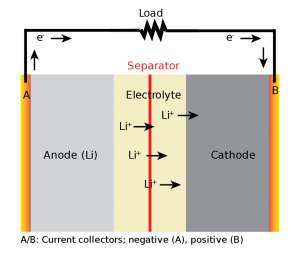 So, batteries comprise three things. A cathode, an anode, and an electrolyte. Batteries work by flowing ions between a cathode and anode through the electrolyte.

Conventional lithium-ion batteries are built on liquid battery chemistry. That is, they comprise a solid cathode and anode, with a liquid electrolyte solution connecting the two.

These batteries have worked wonders for years. But, due to the physical constraints of dealing with a liquid electrolyte, they are now reaching their limit in terms of energy cell density — which basically means that if we want our phones, watches, and electric cars to last longer and charge faster, we need a fundamentally different battery.

That breakthrough is the solid-state battery.

With solid-state batteries, or SSBs, the name pretty much says it all: Take the liquid electrolyte solution in conventional batteries, compress it into a solid, and create a small, hypercompact solid battery that — because it has zero wasted space — lasts far longer and charges far faster.

Of course, the implications of SSB chemistry are huge.

Solid-state batteries will make our phones hold a charge for days at a time. They’ll enable our smartwatches to charge in seconds. And, yes, they’ll power electric cars that can drive for thousands of miles on a single charge.

That’s why SSBs are dubbed by insiders as “forever batteries.” It’s why these forever batteries are the critical technology needed to propel the EV Revolution into its next phase of supercharged growth.

While the theory behind solid-state batteries is super exciting, the application of such next-generation batteries has been essentially non-existent to-date.

First, solid-state batteries are exceptionally expensive to make. Second, they tend to short-circuit because of something called “dendrites,” which form in the solid electrolyte substance over time.

But an exciting and promising tech startup by the name of QuantumScape (NYSE:QS) is solving these problems as we speak — turning the promising theory of solid-state batteries into a disruptive reality.

Specifically, QuantumScape is a solid-state battery maker that has, over the past few years, developed a novel breakthrough technology platform solving the cost and performance challenges of SSBs.

Thus, by addressing the two largest short-comings of solid-state battery chemistry, QuantumScape has positioned itself to create a new class of EV batteries. Batteries that are cheaper, last longer, charge faster, and are overall a better solution than the Lithium-ion status quo.

On the basis alone, QS stock — a core holding in our Innovation Investor portfolio — has Millionaire-Maker potential.

QuantumScape Is More Than Just Talk

In December 2020, QuantumScape released performance data for its solid-state battery technology, which broadly underscored that these batteries are a complete game-changer.

The data, based on testing of single-layer battery cells, shows that QuantumScape’s batteries can do the following:

Those are total game-changing features in the EV battery world. If you don’t believe me, then maybe you’ll trust the word of Dr. Stan Whittingham, co-inventor of the lithium-ion battery and winner of the 2019 Nobel prize in chemistry, who said:

“If QuantumScape can get this technology into mass production, it holds the potential to transform the industry.”

Need I say more? Solid-state batteries have arrived, and they’re going to change the world. Now is the time to buy the stocks powering this world-changing battery revolution.

QuantumScape stock is one such stock. But it is far from the only one…

Had you bought the stocks when they were still in the early stages of changing the world, you would’ve turned a comparatively small $10,000 investment into multi-million-dollar paydays.

Unfortunately, you can’t go back in time. Fortunately, history is doing what it does best — repeating itself. Now you have another shot to get it right… another shot at making millions through big bets on tiny stocks.

Mark my words: Some of the stock market’s biggest winners in the 2020s will be solid-state battery makers. QuantumScape projects as one of those mega-winners. But it won’t be alone. In fact, it may not even be the biggest winner…

Rather, that title is reserved for a tiny, completely unheard-of solid state battery maker whose stock is trading for less than $3 right now.

Less than $3… and this company could potentially change the world over the next decade.

The upside potential in this tiny stock is enormous — so big, in fact, that unlike QuantumScape, I can’t write its name in this post.

What I can do is give you a chance to learn about this hypergrowth mega-stock at the epicenter of the biggest technological revolution of our lives.

The only question is, will you let it pass you by this time?