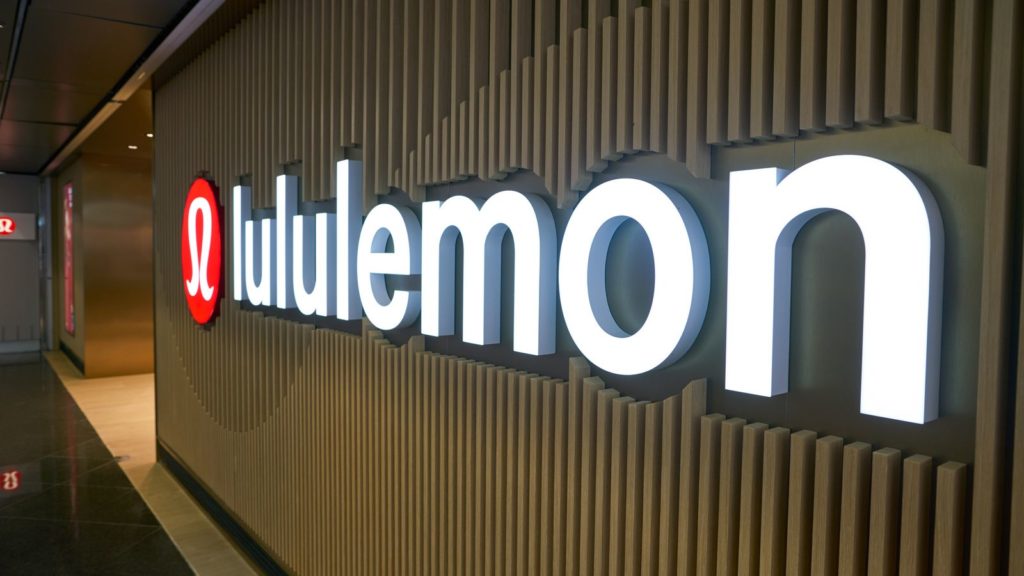 Lululemon Athletica (NASDAQ:LULU) stock has defied all expectations, including mine, becoming one of the most important retailers on the planet.

What makes it important is its total control over its supply chain and distribution. Lululemon designs its products and sells them exclusively direct from factories, online and in its stores. The stores, meanwhile, aren’t a place to buy stuff, but a lifestyle and a community, even a belief system.

This powered the Vancouver company to $6.25 billion in sales during 2021, $1.4 billion in operating cash flow, and $975 million in net income. That income is going back out the door in the form of a stock buyback.

Lululemon is now bigger than Under Armour (NYSE:UAA) and faces the challenge that brought down the Baltimore-based sporting goods producer almost a decade ago: sneakers.

I have been writing about both companies for a decade, since the days when Under Armour was riding high and Lululemon was scandal-ridden. I even suggested, once, that Under Armour should buy Lululemon.  Today Lululemon is worth six times more.

Two events changed the equation. Under Armour lost its distribution, with the demise of sporting goods retailers like Sports Authority. Also, Under Armour got into footwear.

Footwear is a tough business. It takes marketing, design, and scale to succeed. Nike (NYSE:NKE) has all three. It has also taken Lululemon’s lesson of going direct and selling lifestyle to heart. If you’re going to buy one retailing name, for long-term gains, that’s the name I suggest people buy.

But Lululemon stock is up 527% over the last five years. That’s even after inflation fears took out 35% of its value between mid-November and mid-March. Now, thanks to those great earnings, the stock is on the comeback trail. It’s also going into those dangerous sneaker waters.

Fortunately for investors, Lululemon has learned some lessons from Under Armour’s mistakes.

It’s not trying to dominate the market. It’s not getting big celebrity endorsements. Instead, it’s putting a small collection of footwear into its stores and hoping to grow the niche organically. It’s doing the same thing in golf and tennis clothing, areas where it once declined to tread.

This does raise the risk in Lululemon stock. But it has no choice if it’s to achieve its planned growth rate of 20%.

It’s growth, and Lululemon management’s ability to turn one-sixth of revenue into net income, that has LULU stock trading at eight times revenue. This in a business where success is often defined as market capitalization equaling sales. I worried about that myself in 2020, calling LULU a “bubble stock.”

Opening 70 new stores, on top of the 521 it already has, won’t get that growth done. Lululemon must expand horizontally, across its athletic wear niche, as it is doing geographically.

Analysts expect Lululemon to succeed. Of 25 following LULU stock at Tipranks, only one says sell.

The Bottom Line on LULU Stock

Lululemon has always been a high-risk and high-reward stock.

As it worked through its scandals, personal, product, and political, the stock has continued to power ahead.

Lululemon’s success is best illustrated by its recent lease of a New York City space previously abandoned by Athleta, the competing brand of Gap Stores (NYSE:GPS).

Lululemon has succeeded despite the continuing skepticism of reporters and analysts, including me. It has always been a high-wire act, but those who have stayed for the show have prospered, far more than those who bought Nike, the more conservative name.

So long as you understand the risk, and the potential volatility, investing in Lululemon, who am I to tell you no?

On the date of publication, Dana Blankenhorn held no positions in companies mentioned in this story. The opinions expressed in this article are those of the writer, subject to the InvestorPlace.com Publishing Guidelines.