After months of holding steady, following a tremendous drop during 2021, shares in Hexo (NASDAQ:HEXO) have recently experienced a boost. Cannabis plays like HEXO stock have perked back up, on the latest talk of the U.S. federal government fully legalizing marijuana. 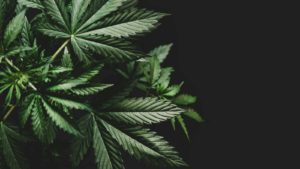 Trading for between 50 and 60 cents before the news, this Canada-based cannabis company spiked up to near 75 cents per share. But while it’s pulled back some, it could remain at elevated levels in the short-term. It all depends how far this latest attempt at pot reform works its way through Congress.

That said, I wouldn’t view this latest development as a sign that now’s the time to dive into Hexo. The company’s many negatives far outweigh the positives that could come about from a fully open U.S. marijuana market. These include a heavily leveraged balance sheet and continued high operating losses.

Burning through cash, it was forced to make a deal with rival Tilray (NASDAQ:TLRY) in order to avoid a debt default. Admittedly, management is moving forward with a turnaround plan. Yet between the uncertainty of whether this restructuring will actually work, and the prospect of this restructuring coming at the cost of additional dilution, this plan may not have much impact at moving shares back to higher prices.

What Reform (if it Happens) Really Means for HEXO Stock

Its risk notwithstanding, you may find it tempting to buy Hexo, simply as a high-risk, high-reward wager on pot reform. However, there are two ways why making that sort of trade is more like a high-risk, questionable-reward proposition.

First off, like prior attempts to make marijuana legal on the federal level, the current bill moving through Congress today (MORE Act) isn’t likely to pass. Sure, it may make its way through the House of Representatives. But its chances of getting passed by the Senate are slim. At least, that’s the view of Piper Sandler (NYSE:PIPR) analyst Michael Lavery, in a research note released shortly after the above-mentioned pot stock rally.

Even if it gets Senate approval, and President Joe Biden signs it into law, it may not be as much of a game-changer for shares as you might think. Sure, HEXO stock could easily experience a big spike, as traders buying on the headlines would stampede into it.

In terms of a lasting impact on its operating performance and share price? That’s questionable. Compared to both other Canada-based pot companies, U.S.-based pot companies, as well as companies that could enter the pot business once it’s fully legitimate, Hexo could struggle to grab much of the market. At least, while it’s still busy getting its house in order.

Restructuring Could Also Fail to Move the Needle

U.S. pot reform may be what’s top of mind now with HEXO stock. Yet the company had another big bit of news this month: its restructuring plans. These plans were announced alongside its most recent quarterly results on March 18.

For the period ending Jan. 31, Hexo reported a high amount of revenue growth (61%), but continued losses. Like I mentioned above, the company had to make a deal with Tilray to avoid a debt default. The reason? The company breached a debt covenant, due to reporting negative earnings before interest, taxes, depreciation, and amortization (EBITDA) for the quarter. As for the restructuring? The Tilray deal ties into this.

In purchasing newly-issued convertible notes from Hexo, Tilray is helping it settle this issue. The two companies are also becoming strategic partners. Hexo is also pursuing other cost reduction and revenue growth efforts. If it all pans out, management believes it could result in $135 million CAD ($108.1 million) in additional cash flow next fiscal year (ending July 2023). Sounds like a good plan, right?

Well, there are a few caveats.

As this cash flow improvement projection is based partially on revenue growth, it’s not the same as if the company was slashing $108 million worth of expenses, falling straight to the bottom line. Not only that, this plan brings with it more high dilution.  That is, an investment firm is going to purchase $5 million CAD ($4 million USD) worth of newly issued shares per month over the next 36 months. Based on its current share price (64 cents), that equates to 225 million new outstanding shares. For reference, Hexo’s current share count stands at 425.5 million.

The Verdict on HEXO Stock

As InvestorPlace’s Stavros Georgiadis discussed March 16, Hexo has already seen heavy shareholder dilution over the past twelve months. Since last year, its outstanding share count has grown by more than three-fold. That’s been a big factor in its sharp decline in price.

Add in the impact of even more shareholder dilution? In the event the restructuring pans out, it may not result in limited upside for shares.

Earning an “F” rating in my Portfolio Grader, as the pot legalization and restructuring catalysts will likely fail to deliver, avoid HEXO stock.