4 Audio and Video Stocks to Satisfy Your Inner Media Geek

It’s a sign of the times that there aren’t many audio and video stocks left for investors to own. Global competition means many, and maybe most, electronics now come from Asia, and China in particular.

Of course, that means that the domestic producers that are still around are around for a reason. And it’s because they offer higher-quality, higher-priced products.

That alone adds interest to the few audio and video stocks that are left. But there’s another aspect to consider. The novel coronavirus pandemic may actually provide a tailwind to the space. Consumers stuck at home have taken the time to upgrade their A/V setups. Better sound systems are no longer the province of so-called “media geeks.”

With valuations in the group attractive, there are potential buying opportunities. Here are four audio and video stocks that look appealing at the moment:

Let’s dig deeper into what makes each a promising stock to consider for your portfolio. 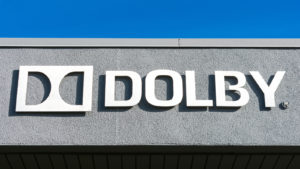 Dolby Laboratories is perhaps the world’s premier developer of audio technologies. The company is best-known for powering the sound of movies. That in turn might suggest caution at the moment, given a near-shutdown of that industry worldwide.

Dolby Cinema, a new initiative, admittedly has taken a hit. But Dolby should benefit elsewhere. Dolby provides Netflix (NASDAQ:NFLX) not only with audio technology, but video through its Dolby Vision. Dolby Vision can benefit from streaming growth more broadly, and potentially more sales of better, higher-priced televisions.

From a broad standpoint, it seems like DLB stock could be a bit of a “pandemic play,” as growth opportunities offset challenged automotive and theatrical end markets. Yet shares actually are down rather modestly so far this year.

That seems like it should change. With $9 per share in cash on the balance sheet, Dolby has plenty of flexibility. And backing out that cash, valuation is reasonable, at less than 19x next year’s consensus earnings-per-share estimate. All told, there’s a nice case here. 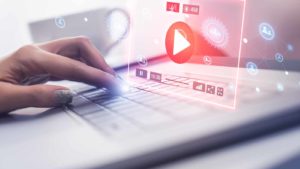 VOXX isn’t just an audio and video play. The company has an automotive business, which manufactures products ranging from rear-seat entertainment to aftermarket satellite radios for Sirius XM (NASDAQ:SIRI).

But it’s the consumer electronics business that drives the valuation. And the crown jewel of that business is Klipsch, a well-respected manufacturer of sound systems.

The case for VOXX stock is relatively simple: investors are getting everything except Klipsch at an apparently negative value. VOXX acquired Klipsch for $166 million in 2011, and management has argued that the business could be sold for more than that if need be. But VOXX has a market capitalization of just $135 million.

The concern is that shareholders have looked for the company to buy back stock or even break up the company, but VOXX has gone the other way. In fact, it has made two acquisitions in the automotive business this year alone, despite industry weakness.

As a result, VOXX is going to take some patience for the value to be realized, if it ever is. But with conservative estimates of fair value easily clearing $10 per share, VOXX stock is worth the wait. 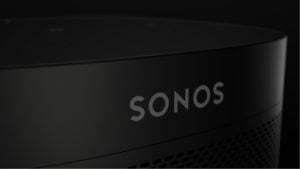 There’s still room for Sonos to grow into the valuation. But there’s also the possibility that Sonos will get acquired first. An analyst last year argued that Apple (NASDAQ:AAPL) could be interested. Citron Research made a similar case last month, which sent SONO stock flying.

This has been a market where owning a quality business has been the right move, even if valuation looks stretched. If that rule holds, SONO stock will be a winning pick. 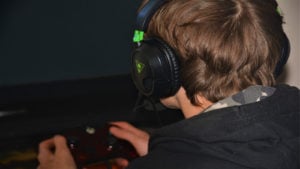 The concern with HEAR stock at this point might be that the easy money has been made. And there’s something to that concern.

Shares now have more than quadrupled from March lows. A 31x forward price-to-earnings multiple looks potentially aggressive for the manufacturer of gaming headsets.

But gaming is hot right now, and Turtle Beach should benefit. The pandemic no doubt drove demand, and a replacement cycle should arrive after the launch of Fortnite led to a huge burst in demand in 2018.

I’m sympathetic to valuation concerns, and at this point the rally in Turtle Beach stock likely slows. But I’ve pegged HEAR as a winner for some time now, and there could be more upside left to come.

Vince Martin has covered the financial industry for close to a decade for InvestorPlace.com and other outlets. He is long shares of VOXX, and has no positions in any securities mentioned.