Historically, this would have been the perfect market for healthcare stocks. The combination of a global pandemic, economic weakness, and rising geopolitical tensions in theory would send investors scurrying to the traditionally defensive sector.

Of course, at least since March, that hasn’t been how it’s played out. Some healthcare stocks have soared, most notably COVID-19 plays like Moderna (NASDAQ:MRNA) and Inovio (NASDAQ:INO). But, overall, this has been a market that’s prized growth over value, and aggressive names over defensive ones.

Those trends generally haven’t favored healthcare stocks. Indeed, the sector’s largest exchange-traded fund, the Health Care Select Sector SPDR Fund (NYSEARCA:XLV), has gained just 3.6% year-to-date. That’s modestly ahead of the S&P 500, but badly behind the tech-heavy NASDAQ Composite, which has jumped almost 20% in 2020.

But in a world with enormous uncertainty, and a market still near all-time highs, the sector as a whole looks attractive. At some point (presumably), the lust for growth at any price will ebb. That in turn might allow healthcare stocks to lead the market, rather than lag as they have over the last few years.

Investors optimistic toward the sector can go the ETF route. There are a number of solid plays in the space as well. Here are five worth considering:

BMY stock has been no exception. It touched a six-year low last year, and is down about 10% over the past five years. Pipeline questions and broader industry concerns both have weighed on the stock.

But I liked the stock last year near that multi-year low. And with a recent pullback, I like it still. The acquisition of Celgene increasingly looks like a winner. Valuation is more than reasonable, at roughly 8x forward earnings. A 3% dividend yield helps the case as well.

There are risks. Celgene was heavily reliant on multiple myeloma treatment revlimid, which drove more than 60% of its revenue. Patent cliffs for that product and legacy BMY drugs mean the company needs to develop a blockbuster for BMY stock to see significant upside.

But at this valuation, plenty of risks are priced in. More success, whether driven by new drugs or post-acquisition synergies, is not. With investors so focused on COVID-19 treatments and vaccines, stocks like BMY and Novartis (NYSE:NVS) seem almost forgotten. At some point, that will change.

Medtronic has been one of the great stocks of all-time, delivering annualized returns above 12% for nearly half a century. Of late, however, investors seem to have forgotten that fact.

Indeed, MDT stock has pulled back some 15% this year. On its face, the decline makes some sense. Elective procedures, many of which Medtronic’s medical devices, have plunged amid the novel coronavirus pandemic. Revenue in the company’s fiscal fourth quarter, which ended April 24, declined 26%. Analysts expect Q1 sales to be even worse.

But a few quarters, or even a few years, of pressure don’t necessarily support a pullback of this size. Meanwhile, the broad positives that underpin MDT stock still hold. Improving healthcare in developing markets will drive demand. So will an aging population in developed markets.

Despite the good news, MDT stock looks cheap, at just 17x forward earnings. Those estimates no doubt include lingering pressure from the pandemic. In most of the market, investors have taken the long view. Medtronic stock appears to be an exception. 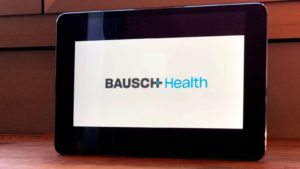 It’s a sign of how deep a hole Bausch Health dug that, years into its turnaround, it still has a lot of work left to do.

The former Valeant Pharmaceuticals spent years amassing debt in a so-called “roll-up” strategy. Unfortunately, that strategy involved aggressively raising the price of drugs, and the plan unraveled when its relationship with mail-order pharmacy Philidor came to light and raised questions of accounting fraud.

Under new chief executive officer Joe Papa, however, the renamed company seems to be simply a better outfit. Debt has been reduced. Products have been sold. And Bausch has reoriented itself around a profitable, growing eye care business.

Success under Papa moved BHC stock from the single-digits to above $30 in December. 2020 has been a different story: shares have pulled back a whopping 37%. After the pullback, Bausch Health stock seems worth the risks.

It’s worth noting, however, that the risks remain substantial. Debt still totals almost $25 billion. That’s more than 7x the company’s projected EBITDA (earnings before interest, taxes, depreciation and amortization) for 2020. That projection was lowered after the first quarter result, largely due to pandemic impacts. The pharmaceutical portfolio still has several drugs in run-off mode, which could further pressure profits going forward.

Still, there’s an intriguing case here. The eye care business now drives over half of revenue. And valuations elsewhere in the sector suggest it alone could come close to supporting the current share price. With earnings on the way this week, BHC may have a catalyst, but a simple return to normalcy might be enough to drive the stock back toward late 2019 levels.

For more risk-averse investors, Cooper Companies stock provides another play on eye care growth at a lower price. COO stock has pulled back 10% so far this year, and is down a whopping 23% from January highs.

Cooper does have a surgical business as well, but the core of the story (and the valuation) is based on eye care. With the pullback, a stock that of late traded as high as 30x earnings now has a more reasonable 23x forward multiple. For a defensive, growing business, that price seems more than attractive, even if COO requires a bit of patience. 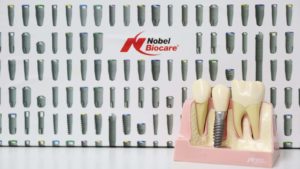 Envista Holdings is another stock that has sold off in 2020, with a 25% decline. The market seems to be overreacting to short-term pressures on the supplier of dental products and software.

To be sure, those short-term pressures may last a bit longer than the pandemic does. Lower employment could mean fewer patients with dental insurance, and less procedures. Low-cost competition from Asia has been a long-running problem, and suggested that late 2019 levels above $30 may have been too aggressive.

Still, Envista has an impressive pedigree, as a spin-off from Danaher (NYSE:DHR), one of the world’s most respected companies. Demand will return to at least some extent and valuation is reasonable. Debt is a bit of an issue, making NVST somewhat of a higher-risk play. But as returns over 100% from March lows show, that leverage means more potential upside as well.

Vince Martin has covered the financial industry for close to a decade for InvestorPlace.com and other outlets. He has no positions in any securities mentioned.