5 International Stocks to Buy For Bulls Betting On Reopening

Broadly speaking, U.S. equities are once again easily their foreign counterparts, but some of the best international stocks to consider hinge on reopening global economies and vanquishing the novel coronavirus.

In fact, linking economic reopening to the best international stock ideas could be rewarding for investors because broader ex-US benchmarks are lagging this year. While the S&P 500 is higher by 5.8%, the MSCI EAFE and MSCI Emerging Markets indexes are both in the red.

In particular, emerging markets equities have been vulnerable to the Covid-19 pandemic, with China being the initial epicenter of the virus and Brazil eventually becoming one of the world’s hot spots. But there are signs of recovery as China is home to one of the best-performing major equity markets in the world this year and the MSCI Emerging Markets Index is higher by 4% over the past month.

That’s one indicator that if the coronavirus curve flattens and more vaccine progress is realized, some ex-U.S. equities could rip higher. Here are 5 international stocks to buy today:

While being tied to reopening might seem like an unappealing trigger, these stocks have a clear path higher as the world learns to live with the novel coronavirus.

Melco Resorts operates several integrated resorts in Macau and a few others in other Asia-Pacific gambling markets and in Europe. For investors that need a little more convincing about this stock’s leverage as a reopening play, consider the following.

Last week, MLCO stock jumped 12.20% after it was reported that Guangdong province — the region of mainland China closest to Macau — will begin reissuing tourist visas for entry to the gaming hub on August 26. The rest of China will join the party in late September.

This is a significant step in the right direction for Melco and other Macau operators because Guangdong accounts for a significant percentage of annual visits to the casino center and most of those gamblers arrive via tourist visas. Moreover, Melco relies on a higher-end clientele that usually travel individually, not with junkets, so resumption of tourist visa issuance is likely to prove material to this company’s third- and fourth-quarter bottom lines. 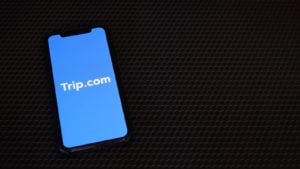 As the dominant name among travel booking sites in China, Trip.com is highly correlated to the theme of global reopenings. The aforementioned Macau news is help for TCOM stock as highlighted by the fact that the name jumped more than 6% last week, but this is a broad travel name and it’s going to make more than one region to erase a year-to-date loss of almost 15%.

Hong Kong is an example of a region that could affect Trip.com over the remainder of 2020. That is enduring an uptick in Covid-19 cases, meaning it’s impossible to lift travel bans until those ominous numbers decline. Hong Kong is relevant in the Trip.com conversation because it’s a prime destination for tourists from the mainland.

Other Asia-Pacific countries loosening travel restrictions, something Japan and Singapore, are doing will help Trip.com. Additional catalysts would be Australia and Vietnam doing so because Chinese tourists flock to both countries. In the case of Vietnam, the Southeast Asian nation is still banning international travelers. 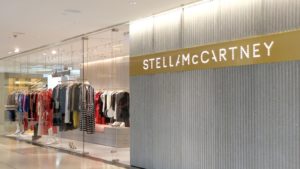 LVMH is a quintessential reopening play, and not because it’s the maker of iconic Louis Vuitton luggage, though that is somewhat meaningful when considering the array of travel restrictions would be tourists are dealing with all over the world.

Actually, Louis Vuitton was one of LVMH’s better-performing units in the first half of 2020, but over those six months, overall sales tumbled 27%. Dior and Louis Vuitton are two of the company’s most venerable fashion labels and their wares are typically pricey. But price tags aren’t the problem. It’s getting shoppers to the boutiques — an effort stymied because of the pandemic.

Things are looking up, however, as LVMH’s June sales in the U.S. and Japan — two of the most important global markets for luxury goods — were flat at Dior and Louis Vuitton stores as more of those outlets resumed operations.

That’s incremental improvement, but owing to where many of these boutiques are located, many Dior and Louis Vuitton stores get a significant chunk of their business from international visitors. That is to say, LVMH stock needs more travel bans to be relaxed before the shares can materially rally. 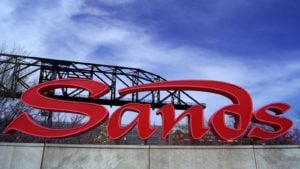 Earlier this month, I highlighted Las Vegas Sands as one of the travel stocks to consider amid reopenings. That thesis rapidly paid off as LVS stock jumped 12.20% last week on the aforementioned China tourist visa news.

Yes, Sands runs five integrated resorts in Macau, making it the largest operator there by that metric, but Singapore is also a pivotal part of the equation with this name. Although Marina Bay Sands is still operating at limited capacity, Singapore’s tourism-heavy economy is ailing and if the city-state can flatten the Covid-19 curve, authorities there are likely to move swiftly to loosen travel controls.

Marina Bay Sands is the most profitable casino in the world. Combined with Macau, Las Vegas Sands generates close to 90 percent of its earnings before interest, taxes, depreciation and amortization (EBITDA) in the Asia-Pacific region.’

There’s something else to consider here. At least one research firm views Sands as the gaming company best suited to “get back to normal,” noting that under a bull case scenario, it could be an $80 to $90 stock over the next years after closing around $48 on August 14. 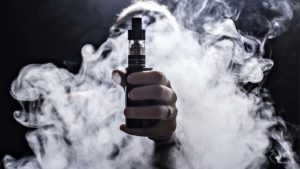 As a tobacco company, UK-based Imperial Brands doesn’t necessarily need travel to resume to get a lift, but a return to normalcy where more bars are open and parties are allowed — opportunities for smokers to get together — helps the case for this “sin stock.”

Beyond its status as a reopening idea, Imperial has a “next generation” portfolio that revolves around vaping and other products. With a new chief executive officer soon arriving, investors should expect non-cigarette offerings to command more of a focus at Imperial.

“We expect Imperial’s incoming CEO, Stefan Bomhard, to accelerate investment across a broader range of emerging categories, including heated tobacco and modern oral, funded by the announced divestment of GBP 2 billion of assets including the cigar portfolio,” according to Morningstar.

Todd Shriber has been an InvestorPlace contributor since 2014. As of this writing, he did not hold a position in any of the aforementioned securities.