8 Dividend Stocks That Look Too Generous

With interest rates near zero, many investors are turning to dividend stocks for income. And for some investors, the higher the yield, the better.

But it’s important to remember that in the equity market, just as in the bond market, higher yield usually means higher risk. The biggest risk is a dividend cut, which usually provides the proverbial double whammy.

After all, not only does the payout get reduced, but capital usually is lost as well. Investors in widely held names like General Electric (NYSE:GE) and Anheuser-Busch InBev (NYSE:BUD), to name just two, have learned that lesson in recent years.

It’s not just a reduced dividend that can cause problems. Cash returned to shareholders can’t be used to invest behind the business or pay down debt. For some firms, then, a focus on growing or even maintaining a dividend can have a deleterious impact on growth.

The broad point is that an investor shouldn’t be choosing a stock for its dividend alone. Nor should they see the payout as “free money.” Dividend stocks have their use, but a high dividend on its own doesn’t make a bull case. In fact, for some firms, the dividend can create risks of its own, as is the case for these eight dividend stocks:

Walgreens did make moves after the disappointing fiscal third-quarter report last month, but right now they simply don’t look like enough. A new chief executive officer to replace Stefano Pessina, who is stepping down, could help to some extent. The same is true of planned layoffs at the Boots unit in the United Kingdom. But with WBA stock threatening a seven-year low at the moment, more is needed.

That could include a dividend cut, with the funds redirected to reduce a debt load that is nearly $16 billion net of cash. Or Walgreens could look to spend to try and drive growth. A $1 billion investment in VillageMD aims to put doctor’s offices in Walgreens locations, but that, too, doesn’t look like enough.

Again, something has to change. Walgreens simply has too many needs to support a payout of roughly $1.6 billion annually. Share repurchases already have been eliminated, and it wouldn’t be stunning if the dividend is next.

Kraft Heinz already has highlighted the danger of chasing yield. Early last year, KHC stock plunged 27% in a single session after announcing a 36% reduction in its dividend. The combination of enormous leverage and a declining business left Kraft Heinz no other choice but to cut the payout.

Heading into 2020, a repeat certainly seemed possible. Kraft Heinz saw Adjusted EBITDA (earnings before interest, taxes, depreciation and amortization) decline another 14% last year. Net debt at year-end was about 4.5x EBITDA, a ratio that suggested at least the possibility of another cut.

The pandemic has given Kraft Heinz and other consumer packaged goods plays a bit of a boost. Adjusted EBITDA has increased 6% in the first half of the year, during which time the company has generated nearly $2 billion in free cash flow.

But as normalcy returns, old fears may return to haunt KHC stock. The dividend ate up half of that free cash flow, leaving little left over to pay down debt or invest behind the business. Given still-concerning leverage and the fact that cost-cutting created many of the current problems, it’s possible the KHC board will decide that another dividend cut is in order.

Archrock actually has an intriguing, if high-risk, bull case at the moment. The company leases compression equipment to natural gas transport firms, and is the largest such lessor in North America.

Natural gas prices admittedly have been volatile (and over time, headed in the wrong direction). But demand for natural gas is relatively steady, suggesting that Archrock’s business should hold up even with lower prices and lower byproduct production by oil explorers.

But Archrock’s balance sheet is a bit of a concern, with leverage over 4x EBITDA. And with near- to mid-term risk, the nearly 8% yield looks potentially excessive. AROC stock at least could be de-risked with a more aggressive focus on the balance sheet — but, admittedly, bulls might prefer the tradeoff of higher reward as well.

The story at pipeline and infrastructure play Enbridge is somewhat similar. ENB stock too looks cheap, with an impressive headline yield over 7%. Here, too, bulls argue that volumes will hold up despite price weakness in both oil and natural gas. And here, too, there’s a case that the company should be prioritizing debt reduction over shareholder returns.

Indeed, a core rebuttal to the bull case is the fact that ENB stock hasn’t done well amid declining energy prices so far. Shares are down over 40% from late-2014 highs. Even with an attractive dividend, shareholders are basically flat over the past five years, while broad market indices have soared.

In other words, the status quo doesn’t necessarily look like enough. And it’s fair to wonder if Enbridge could better use its cash either in paying down debt — or getting aggressive and looking to add assets at a time when infrastructure prices are likely to be attractive. 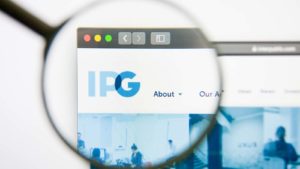 Interpublic has been aggressive with its dividend. A hike announced in February moved the payout to more than double the level seen five years earlier. That’s the good news; the problems lie elsewhere.

Indeed, the world of advertising simply is in upheaval. The novel coronavirus pandemic obviously has created an issue for the company as clients have pulled back. Organic revenue declined almost 10% year-over-year in the second quarter, and adjusted earnings per share were halved.

As a result, in the first half interest expense ate up almost 30% of Adjusted EBITA (earnings before interest, taxes, and amortization). The dividend essentially took up the rest. IPG has no real room to either pay down debt, or make acquisitions to better position itself for an industry that increasingly is moving online.

Certainly, results likely will improve from second-quarter levels. But IPG’s stagnant growth predates the pandemic. There’s a strong case that even in a recovery, at least some of the capital being returned to shareholders could be useful to keep within the business. 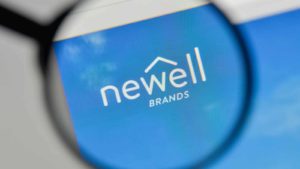 Simply put, Newell Brands looks like a yield trap. The owner of Rubbermaid, Coleman, Oster and many other brands saw its stock touch a seven-year low last year. A rally off the bottom was interrupted by the pandemic, with revenue declining 15% year-over-year in the second quarter.

Despite the struggles, Newell has remained committed to its dividend. The company has paid out 23 cents per share quarterly, a rate held flat since 2017.

But we’ve seen this story before: The combination of a flat dividend and lower profits simply can’t hold forever. Newell is hoping that the “glamping” trend will provide a boost, and cost-cutting continues apace. At some point, however, reality is likely to set in, and the dividend will be a casualty. 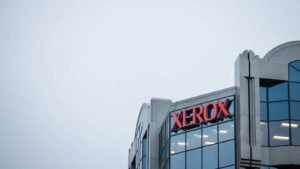 Xerox seems to be a similar story, albeit with a bigger pandemic impact. The rise of remote work seems a particular headwind to printer sales. HP (NYSE:HPQ) has rejected Xerox’s advances, and that deal almost certainly is dead with XRX stock down 52% year-to-date.

The good news for Xerox is that the balance sheet is in reasonably decent shape. The company closed the second quarter with $2.27 billion in cash, enough dry powder to make an acquisition if an attractive opportunity presents itself. Well-known Carl Icahn has added to his stake in the company. But Icahn added on the way down with Hertz (NYSE:HTZ) as well, to no avail.

But the risk for dividend investors is that Xerox won’t spend that cash well, leaving the combination of a leveraged balance sheet and a declining legacy business. That aside, this is a company that generated 15 cents per share in adjusted profit in Q2 — and returned 25 cents per share to shareholders. Obviously, that can’t last forever. If Xerox really wants to change its trajectory, it’s likely not going to be able to be one of the highest-yielding dividend stocks as well.

To be fair to Altria, its 8% yield might actually make some sense. There is really not all that much the company can do at this point. Cigarette demand in the U.S. continues to decline. The company has invested aggressively behind its iQOS device, and put almost $2 billion into Canadian cannabis company Cronos (NASDAQ:CRON). Altria was able to combine those efforts with one of the highest dividends among companies its size.

But it’s worth repeating: There’s really not all that much the company can do at this point. And of late, that hasn’t been enough. MO stock just a few years ago was possibly the best stock in history. It was trading at a five-year low even before the pandemic-driven March selloff. An 8% yield, on its own, doesn’t fix the company’s problems, or mean that the long decline is going to suddenly reverse.

Vince Martin has covered the financial industry for close to a decade for InvestorPlace.com and other outlets. He has a long position in CRON via short put options, and no positions in any other securities mentioned.