BigCommerce Stock Is No Bargain

Is BigCommerce (NASDAQ:BIGC) set to be a huge winner in the e-commerce space after BigCommerce stock enjoyed one of the year’s hottest initial public offerings so far? 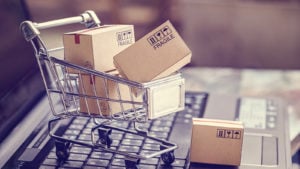 BigCommerce started marketing its IPO at a price of $18-$20 per share. Thanks to strong demand from investors, the company’s investment bankers ended up launching the IPO at a price of $24, which was nicely above the expected range.

However, even that price ending up being way too low. BigCommerce stock started trading earlier this month at $68 per share. Anyone lucky enough to purchase the stock at the $24 offering price had an instant “triple” on their hands.

Soon after that, the stock rocketed higher, hitting $100 per share at one point. The shares have dipped back slightly, but remain above their opening price of $68.

Investors are gravitating to BigCommerce for a good reason: It’s one of the power players in the e-commerce hosting space. Shopify (NYSE:SHOP), of course, is at the top of that list. However, BigCommerce is in the next tier of the segment, with the likes of Woocommerce and Wix (NASDAQ:WIX).  If Shopify loses even a bit of momentum, one of these companies’ revenue and market capitalization could jump.

Don’t buy BigCommerce stock based just on that possibility, however. For now, Shopify is still clearly winning the e-commerce war. According to BigCommerce’s prospectus, its revenue increased 20% year-over-year in 2018, 22% in 2019, and 29% in Q1 of 2020. Those are fine, respectable numbers.

They’re not, however, the sort of huge gains that Shopify is reporting. Shopify’s revenue soared 97% YOY during its last reported quarter; Shopify is in a different league than BigCommerce.

One interesting aspect of BigCommerce is that Intuit (NASDAQ:INTU) reportedly offered to buy the company for $1.5 billion earlier this summer. While some of BigCommerce’s insiders wanted to accept the offer, it ultimately decided to test its luck in the stock market instead. So far, that decision has paid off tremendously.

As you may recall, a similar scenario played out in the tech space last year. Specifically, Cisco (NASDAQ:CSCO) offered to acquire DataDog (NASDAQ:DDOG) for $7 billion just prior to that firm’s IPO last year.

DataDog turned down Cisco’s offer and instead went public. DataDog started trading with a market capitalization of around $9 billion -$10 billion. That gave investors the chance to, in a sense, buy DataDog’s shares for not much more than Cisco was willing to pay. In effect, Cisco’s offer also put a floor on DataDog’s price and made it a lower-risk investment.

Subsequently, DataDog’s stock has shot up, with its market capitalization now standing around $25 billion. That’s about 3.5 times what Cisco was willing to pay. Those who invested in BigCommerce can point to Intuit’s bid as justification for owning the stock. However, BigCommerce’s market cap is already nearly $5 billion, about three times what Intuit was reportedly willing to pay for the company.

So Intuit’s interest in BigCommerce is a plus. However, Intuit’s bid wasn’t high enough to justify the current price of BigCommerce stock. BigCommerce will likely need a few quarters to grow into its current valuation.

The Verdict on BigCommerce Stock

BigCommerce recently issued stock to the public for just $24 per share. Since the company only raised $163 million in its initial public offering, don’t be surprised if the company issues more stock later this year to take advantage of the rally of its shares.

One of Shopify’s closest competitors, BigCommerce is a promising company. With Shopify’s stock having increased ten times in recent years, traders are keen to latch onto the “next big thing” in the e-commerce space. And as long as Shopify keeps rising, don’t be surprised if BigCommerce eventually moves much higher as well.

For now, though, expect BigCommerce stock to consolidate following its red-hot IPO. Given the stock’s recent rally, give it room to breathe. Once the company’s insiders take their profits and investors become more familiar with the company, it will be a better time to consider investing in BigCommerce.

Ian Bezek has written more than 1,000 articles for InvestorPlace.com and Seeking Alpha. He also worked as a Junior Analyst for Kerrisdale Capital, a $300 million New York City-based hedge fund. You can reach him on Twitter at @irbezek. At the time of this writing, he held no positions in any of the aforementioned securities.