BP Is Greenwashing Its Liquidation

British Petroleum (NYSE:BP) says it wants to move away from the oil business while keeping oil-sized payouts to shareholders. Investors in BP stock aren’t buying it. If you do, take advantage. 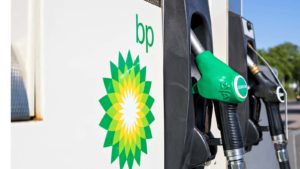 That’s not the only thing going on at BP that industry observers consider Looney.

The second quarter, to be reported July 28, looks like a disaster, a 37 cent/share loss. The third and fourth quarters don’t look much better.

Looney has written down the company’s assets by $17.5 billion. This increased BP’s debt-to-equity ratio. It also means BP no longer believes it can bring up all its oil and gas reserves profitably. Its long-term forecast is for $55/barrel crude oil, down from $70, and for $2.90/mbtu natural gas, down from $4.

That sounds conservative. But it’s above the price assumptions of BP’s European peers, and below the assumptions of American oilmen. It’s one thing to pay out more to shareholders than assets earn, as Chevron (NYSE:CVX) is doing. It’s quite another to tell the world that Big Oil is going the way of Big Tobacco, as Looney is doing.

Again, investors aren’t buying it. The action in BP stock during 2020 look more like that of a U.S. oil major than a European one, and Exxon Mobil (NYSE:XOM) continues to raise its capital budget. BP stock has moved alongside that of Exxon and Chevron in 2020. BP is down 35%, against 31% for Exxon and 22% for Chevron. After announcing its write-offs, BP shares dropped 4%.

Despite the happy talk, BP actually doubled its Texas shale oil production last year, to 124,000 bpd, using assets it bought for $10.5 billion in 2018.

To keep money going to shareholders, BP is cutting 10,000 jobs, 15% of its workforce. Its planning documents now assume that by 2030 European governments will be taxing carbon at $100/ton.

BP is helping build a “hydrogen grid” in Germany to move hydrogen, produced by electrolysis from solar energy, to chemical plants. But mostly it’s cutting.

In addition to cutting total employment by 15%, it’s cutting its management in half. It has a $500 million green energy budget, but the total capital budget for BP in 2020 is still $12 billion. Looney insists he can keep paying out the dividend with oil at $35/barrel through 2021.  While claiming BP will eliminate “or offset” all its carbon emissions by 2050, Looney is providing no details, just standing behind a green sign.

The job ahead is huge. BP customers emit 360 million tons of greenhouse gases per year when its fuel is burned. BP emits another 55 million tons per year in its refining operations.  The commitment is also questionable. BP spent $13 million lobbying against carbon taxes in Washington State during 2018.

The Bottom Line on BP Stock

Looney is saying one thing but doing the opposite. If you believe him, BP stock is the greatest yield play of 2020.

The problem is no one believes it. Oilmen insist “BP has lost its way in the rush to embrace eurocentric climate change dogma.”

Environmentalists look at the 2010 Deepwater Horizon disaster, the decade of BP oil investments since, and accuse Looney of greenwashing.

The bottom line is that unless it seriously raises its green energy budget, BP is liquidating itself. It’s not just stuck in the past, as one Wall Street Journal critic wrote. It has no future.

Dana Blankenhorn has been a financial and technology journalist since 1978. He is the author of the environmental thriller Bridget O’Flynn and the Bear,  available at the Amazon Kindle store. Write him at danablankenhorn@gmail.com or follow him on Twitter at @danablankenhorn. As of this writing he owned no shares in companies mentioned in this story.