Red-hot NIO (NYSE:NIO) stock dropped sharply in early September in sympathy with a broader tech stock rout that dragged the Nasdaq down as much as 5% on Sept. 3. The sell-off in NIO stock, however, comes despite the company reporting strong August deliveries of 3,965 – up 12% month-over-month and up 104% year-over-year. 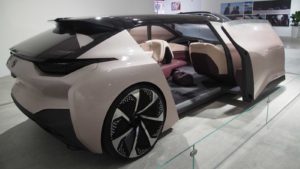 In other words, NIO stock is dropping, but the fundamentals are only getting better.

This would make sense if shares were exceptionally overvalued – but they’re not. To that end, recent weakness in NIO stock is nothing more than a buying opportunity.

Specifically, August deliveries came in at 3,965, up 12% month-over-month and 104% year-over-year. Those numbers largely put the company on track to hit or beat third quarter delivery guidance of 11,000-plus vehicles (up 130%-plus YoY). This is mostly because Nio is set to start delivering its new vehicle, the EC6, in September (and that should juice overall deliveries by several percentage points).

Clearly, China’s auto market is rebounding, and Nio is rapidly expanding share in that rebounding auto market thanks to burgeoning premium EV demand.

Thus, over the next few quarters, Nio will likely continue to report 100%-plus delivery growth. And that sustained huge growth should help power NIO stock higher.

In the big picture, the valuation on NIO stock remains tangible.

My long-term model on Nio makes the following the assumptions:

Under those assumptions, I value NIO stock at ~$18 today (using a 17X forward earnings multiple and 8.5% annual discount rate).

Importantly, that’s just the China business. My model assumes Nio does not go international with its cars. If the company does, that could add significant upside to my valuation.

All in all, then, the valuation on NIO stock today remains tangible, and shares continue to have attractive long-term upside potential.

Why the sell-off in NIO stock then? Shares are just taking a breather. After all, NIO stock is up more than 350% year-to-date.

On the heels of such a huge rally in such a short time, you are bound to have some profit-takers. Just like you had some profit-takers back in July around the $11 to $12 range. And, just like then, today’s profit-taking will result in near-term consolidation, but ultimately end with another breakout higher in NIO stock.

So don’t run away from NIO stock amid recent choppiness. Instead, embrace the weakness. Buy the dips. And hold for the next leg higher.

NIO stock is a long-term winner, and one of the most attractive options to play the EV boom of the 2020s.

So don’t give up on the stock because it had a few bad days, after quadrupling in a few months.

Buy the dip. Weather the storm. Sell in five to 10 years. At prices much higher than where the stock trades today.

On the date of publication, Luke Lango did not have (either directly or indirectly) any positions in any of the securities mentioned in this article.

Luke Lango is a Markets Analyst for InvestorPlace. He has been professionally analyzing stocks for several years, previously working at various hedge funds and currently running his own investment fund in San Diego. A Caltech graduate, Luke has consistently been rated one of the world’s top stock pickers by various other analysts and platforms, and has developed a reputation for leveraging his technology background to identify growth stocks that deliver outstanding returns. Luke is also the founder of Fantastic, a social discovery company backed by an LA-based internet venture firm.