It’s All Doom and Gloom If You’ve Invested in J.C. Penney Stock

After years of flirting with bankruptcy, it appears that the time has come for retail giant J.C. Penney (NYSE:JCP). Given the massive uncertainty at this time, its best for current shareholders to dump JCP stock and get whatever value they can at this time. 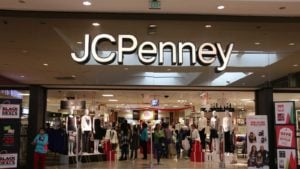 The company has continued on a downward spiral since Ron Jonson’s disastrous run as CEO from 2011 to 2013. With bankruptcy proceedings underway, investors should be concerned about what will be left for them when its all said and done.

The company plans to split into REIT and an operating retail company as part of its restructuring plan. If it’s unable to secure financing or reach an agreement on its plan, then it’s likely to liquidate. However, the restructuring plan provides no value for existing shareholders.

J.C. Penney aims to make it’s business more viable until it files its reorganization plan by July 14. It aims to close roughly 30% of its stores and continue with approximately 600 stores.

However, the massive cash burn and weaker sales numbers are likely to derail the plan. Let’s now assess the company’s plight in a little more detail.

J.C. Penny’s restructuring plan involves splitting the company into a REIT and an operating retail company. Therefore, instead of opting for its traditional retail setup, the company will attempt to unlock value by holding some or all of its real estate assets under a REIT. At the same time, the operating segment will lease and operate them.

Roughly 35% of the REIT can be sold-off to a third party while the first-lien lenders will receive a portion of the debt in the retail company and a percentage of equity in the REIT.

If things go well, this could prove to be a blessing for investors, but I am skeptical about its potential at this point. I feel that the company would end up liquidating and selling all its assets considering its flagging sales and substantial cash burn.

The company is planning to shut down 29% of its 846 stores, which would leave behind 604. The closed stores account for roughly 18% of the company revenues.

The closed stores were generating an operating profit of $0.4 million, whereas the company average for its stores is approximately $2.05 million. Sales will naturally take a massive hit and are expected to be down -59% in 2020.

Additionally, the company estimates a negative EBITDA of $638 million for the year. The company expects its 2021 brick and mortar store sales to be down -11% versus 2019, while it estimates a 4% increase in online sales.

These numbers appear to be lofty, considering how the company has struggled to generate revenues off late. Additionally, the company estimates that its e-commerce revenues will be down by 15-20% in 2020, in a time where most companies are experiencing a surge in online customers.

Could Amazon Potentially Save JCP Stock

Rumors surrounding J.C. Penney’s possible negotiations with Amazon (NASDAQ:AMZN) have been making the rounds in the past few weeks. However, it’s tough to imagine why Amazon would be interested in anything but the company’s distribution centers, its an interesting prospect to consider how Amazon could change J.C Penney if the deal went through.

Amazon rules the roost in the online retail world. Still, its recent interest in acquiring its rival Kohl’s (NYSE:KSS) name and its existing traditional brick and mortar portfolio suggests that the company could be making some big moves in that realm as well.

J.C. Penny’s integration into the Amazon ecosystem could potentially breathe new life into its business model. Notably, on the online front, the company could benefit massively from Amazon’s unmatched online presence with millions of visitors on its website each month.

A lot of interesting developments are happening with J.C. Penney at this time; however, one thing is for sure, that regardless of the outcome of those events, common shareholders will be wiped out.

A miracle deal from Amazon could save the company, but other than that, it appears that the company would either be restructured or possibly go into liquidation.  Therefore, it’s a definite no-no for investors.

As of this writing, Muslim Farooque did not hold a position in any of the aforementioned securities

This article was originally published by Investorplace.com. Read the original article here.
Post Views: 433
Share
Facebook
Twitter
Pinterest
WhatsApp
Previous article
What Is the Metals and Mining Sector?
Next article
Best Stocks for 2020: Wayfair Stock Is Riding a Roller Coaster to Victory