Macy’s Stock Will Flounder Without Hollywood to Back It Up

For department store giants like Macy’s (NYSE:M), the novel coronavirus pandemic was precisely the opposite of what they needed. Even in the best of times leading up to the crisis, brick-and-mortar stores dependent on the slowly dying shopping mall business model were struggling. But the coronavirus was particularly cruel to Macy’s stock, which saw its market value plummet. 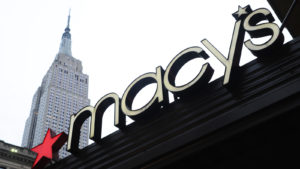 In all fairness, Covid-19 wasn’t the culprit for the company’s fundamental woes. Instead, it has merely accelerated the once-iconic retailer’s seemingly inevitable path to destruction. Yes, the pandemic caused shoppers to stay at home. However, from the perspective of long embattled stakeholders of Macy’s stock, the American consumer might have well been under quarantine for the last ten years.

Obviously, the rise of e-commerce, specifically Amazon (NASDAQ:AMZN) began severely impeding Macy’s comeback efforts. The only card that the department store has right now is the physical experience. While that turned into one of the worst liabilities imaginable during the depths of the pandemic, with states reopening their doors for business, Macy’s stock has seen an uptick in momentum.

Additionally, all discretionary retailers received a nice narrative boost this month. First, the May jobs report showed that the economy unexpectedly added 2.5 million jobs. Recently, the Commerce Department gave Wall Street an early holiday gift, with retail sales jumping nearly 18% in May over the prior month.

Clearly, this is a signal that the American consumer is tired of being cooped up at home. Just the very act of doing something mundane — such as going to the mall — is an exercise in freedom. Psychologically, it’s important for us to reclaim what was lost.

But that still doesn’t make Macy’s stock a buy.

One of the reasons why Amazon was so devastating to Macy’s during the pandemic isn’t just what you think. Yes, e-commerce retailers received a free, organic marketing opportunity to convert traditional shoppers to the digital age. Naturally, you’d expect some of these conversions to at least be semi-permanent.

But Amazon was also able to advertise its entertainment platform. Specifically, with an Amazon Prime membership, you have access to a library of streamed video content. This symbiosis of mixing retail with entertainment (i.e., an experience) represented a crucial lifeline for Macy’s.

Here’s the deal. Typically, millennials prefer the convenience of streaming content over watching films at the box office. But when they do make the trip, they expect more than previous generations. For instance, AMC Entertainment (NYSE:AMC) has adapted to this trend, offering dine-in services in many of their locations.

But with major cineplexes likely out of commission until July, this is a problem for Macy’s stock. That’s because without the draw of a popular cinematic event, the incentive to go to the mall declines precipitously.

Additionally, Macy’s stock faces a nuanced headwind. Disney’s (NYSE:DIS) Mulan will open on July 24, providing the litmus test for movie-going demand. However, the “real” litmus test could be Tenet, which is scheduled for release one week after Mulan.

Regrettably, anti-China sentiment weighs heavily on the film that was originally supposed to celebrate empowerment and diversity. Keep in mind that prior to the pandemic, Hollywood was banking essentially on an Asian renaissance, with titles like Crazy Rich Asians, The Farewell and Parasite making a huge impact. Hopefully, people harboring prejudices will get over themselves.

But if negative sentiment persists, that’s just another delay to full retail capacity, which obviously bodes poorly for Macy’s stock.

During the peak of the crisis, the Washington Post reported that fearful city dwellers migrated out to rural areas. At the time, the motivation was the unknown magnitude of the health risk. But as they settled into their temporary abodes, I’m sure many families had discussions about making the move permanent.

Alongside this migratory shift came a professional one as well. With remote work now no longer considered by managers as an employee’s excuse to slack off, the whole concept of living in major metropolitan areas has changed. Why pay the exorbitant living costs when you can get paid the same while enjoying a higher standard of living?

Even more eye-opening, millennials have been pouring into smaller cities well before the pandemic. Again, the reason is economic — your money travels further in less-populated areas.

Indeed, we may be seeing a megatrend unfold before our very eyes. Unfortunately, this also increasingly leaves Macy’s stock in the dust. Losing volume and younger customers is just not the recipe for success.

Matthew McCall left Wall Street to actually help investors — by getting them into the world’s biggest, most revolutionary trends BEFORE anyone else. The power of being “first” gave Matt’s readers the chance to bank +2,438% in Stamps.com (STMP), +1,523% in Ulta Beauty (ULTA) and +1,044% in Tesla (TSLA), just to name a few. Click here to see what Matt has up his sleeve now. Matt does not directly own the aforementioned securities.