On Tuesday, Boris Johnson surprised Washington by announcing a ban on all new Huawei 5G equipment after Dec. 31. Separately, Digital Secretary Oliver Dowden stated that U.K. mobile providers must remove all Huawei gear by 2027. Nokia (NYSE:NOK) and Ericsson (NASDAQ:ERIC), Huawei’s competitors, both jumped 3% on the news. Far more upside for Nokia stock is yet to come.

For months now, the U.S. government has warned its allies about Huawei, a Chinese state-owned telecom provider with strong ties to the Chinese Communist Party. Their concern may be well-placed. Why? Chinese companies have a long history of illegally collecting data.

The list seems straight from a spy novel, from hiding tiny chips on Chinese-made motherboards, to installing spyware in tax software of multinational audit firms.

So how much should we worry? Well, those tiny chips mentioned above were headed for an Amazon (NASDAQ:AMZN) data center. The same centers the Central Intelligence Agency uses to process drone footage and that the U.S. Navy uses to run their ships. Lawmakers have thrown bipartisan support behind banning Huawei from American 5G networks.

Yet, U.S. allies have found themselves in a no-win situation. Despite the risks posed by Huawei’s gear, telecom companies have lobbied their governments to permit cheaper Chinese-made hardware. Why is that? Huawei gear is dirt cheap.

For a while, it seemed that telecom companies had won the battle for cheaper gear. Telecom companies are mostly unaffected by Chinese state-sponsored spying. So there’s little reason for them to reject Huawei’s products.

Tuesday’s rebuke of Huawei by the U.K. signals a major shift in government mindset: The national security risks are too significant to justify corporate cost savings. Essentially, Western governments are starting to lock out Huawei along with Chinese-owned ZTE (OTCMKTS:ZTCOF).

Who will take its place? Its two remaining western competitors: Ericsson and Nokia. In particular, investors should look at Nokia. 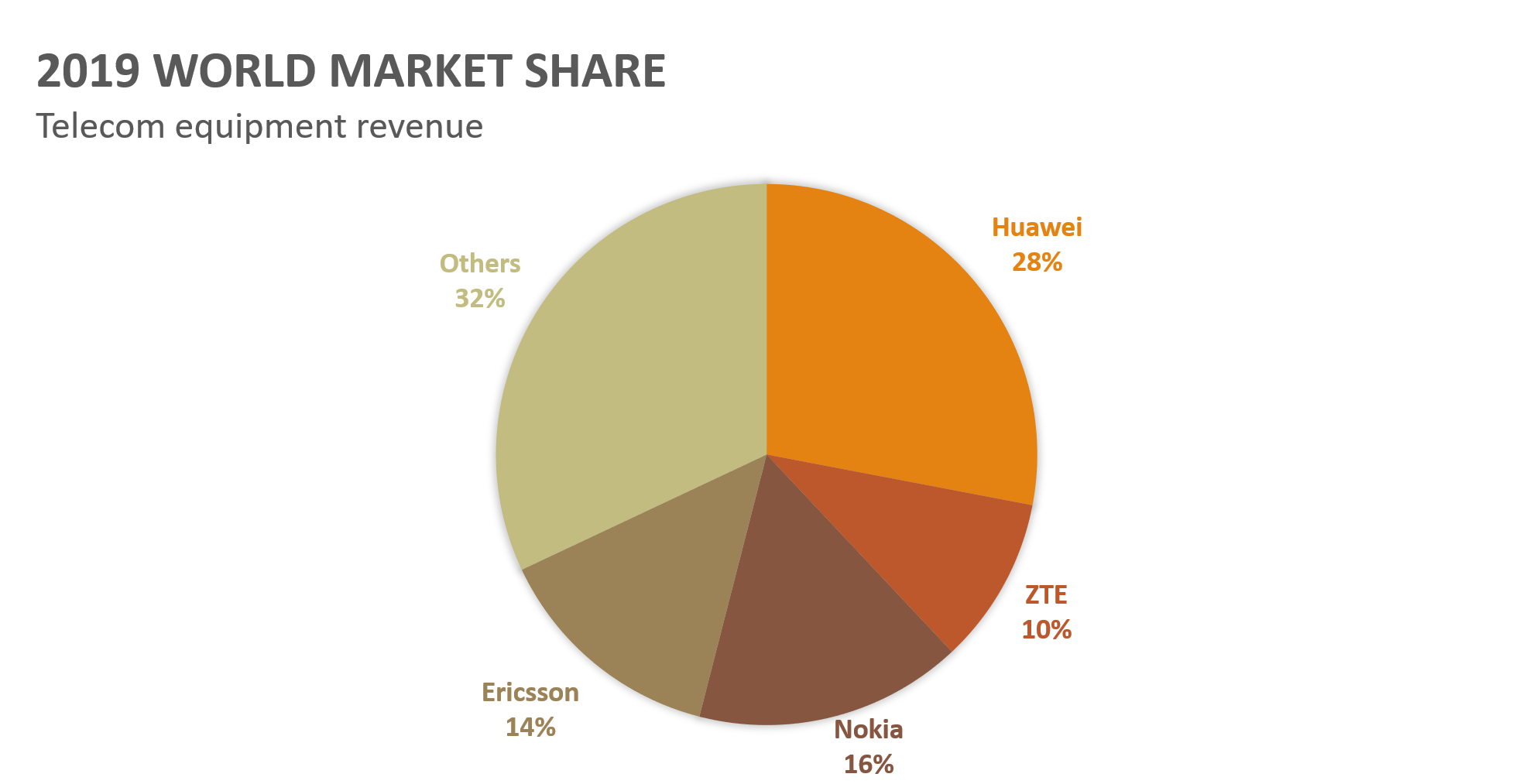 Nokia Is a Top 5G Provider

This is not the first time Nokia has needed to reinvent itself. Founded in 1865 as a Finnish pulp mill, the company, over time, has found itself producing hydro power, rubber boots, gas masks and radios. In the early 1990s the company’s electronics division began to focus on making mobile phones. And by 1998, the company surpassed Motorola to become the top-selling mobile phone company in the world.

However, the company stumbled in the mid-2000s with badly timed delays in smartphone development. By the time Nokia released its Symbian OS in 2010, the company had fallen far behind its competitors. Nokia eventually threw in the towel and sold its mobile phone division to Microsoft (NASDAQ:MSFT) in 2014.

In its place, Nokia began to focus on its network division: the hardware and software services that act as the backbone of telecom networks. Many investors balked at Nokia’s retreat into the hum-drum business of maintaining cellular networks. But the move allowed the company to survive. In 2016, Nokia acquired Alcatel-Lucent to become the No. 3 player globally in communications service provider (CSP) equipment.

In retrospect, management’s decision to acquire Alcatel-Lucent was very well-timed. By acquiring the company, not only did Nokia remove its lone U.S. competitor; in the shuffle, Nokia also acquired the R&D arm of Bell Labs, the principal U.S. developer of 5G technology. When people ask “why doesn’t the U.S. have 5G players of its own?” The answer: Nokia acquired it all.

Having started as a minor player in CSP technology, Nokia today finds itself at the forefront of 5G development with its lone western rival, Ericsson.

Nokia and Ericsson’s Margins Will Increase

It is hard to overstate the importance of politics in telecom infrastructure.

Throughout the 2010s, Huawei priced-dumped in many countries to force out local players. In 2019, Nokia’s Networks division, which competes directly with Huawei and provides 78% of company revenue, yielded a 4% operating margin. By comparison, U.S.-based Cisco (NASDAQ:CSCO) generated over 27% operating margins in the same year.

To counter Huawei’s growth, U.S. Attorney General William Barr even floated the idea of the U.S. government buying shares in Ericsson and Nokia.

Tuesday’s call by the U.K. gives a massive boost to both western companies. And not a moment too soon. As more nations reject Huawei’s low prices, Ericsson and Nokia will benefit.

Who gains the most? Nokia. Integrating Alcatel-Lucent cost Nokia almost 800 million Euros between 2016 and 2019. With the expensive process behind it, Nokia will begin to reap the benefits of its U.S.-based subsidiary. By 2025, Nokia may see its operating margins triple into the low-double digits.

Nokia has taken almost a decade to revamp its business. Now, the wait is finally over and Nokia stock shows plenty of long-term promise.

Today, Nokia makes some of the best small-cell 5G towers. The extra towers needed for 5G networks also means Nokia will earn more from maintaining networks and providing the sophisticated software that runs it.

Today’s market marks a considerable shift from the past. Before, CSP providers often sold equipment at a loss, in hopes to profit from follow-up software and services. Now, governments are fighting back against Huawei’s practices.

While Ericsson and Nokia will still compete against each other, competition will ease. Western governments are starting to wake up to Huawei’s risks. So don’t be surprised if the price of Nokia stock rises more than 120% to $10 per share.

As of this writing, Thomas Yeung did not hold a position in any of the aforementioned securities.