SAP Stock: An Investment For Any Environment

SAP (NYSE:SAP) stock has certainly been in the rally mode lately, along with a myriad of other mega tech operators.  Since March, the shares have gone from $94 to $159,  putting the current market capitalization at about $187 billion. 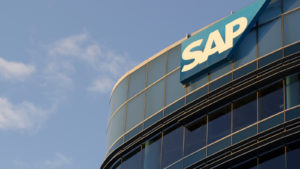 Keep in mind that SAP has been around since 1972 and was launched in Germany. The four co-founders, which included Dietmar Hopp, Hasso Plattner, Hans-Werner Hector, Klaus Tschira and Claus Wellenreuther, were engineers at IBM (NYSE:IBM).

They actually tried to convince management to develop an enterprise resource planning (ERP) system. But this was rejected.  At the time, IBM saw little value in the software industry!

Well, for the most part, this meant much less competition for SAP.  In fact, it did not take long for the company to get traction. Corporate customers eagerly wanted to use software to automate their operations, such as for payroll and accounting.

And over the decades, SAP continued to grow, turning into a powerhouse.  As of today, the company has 440,000 customers across the globe and 200 million subscribers in the cloud. There are also more than 21,000 partners and 100 development and innovation centers.

So, what about SAP stock now? Is it worth consideration? Well, I think it is, especially for those investors with a long-term perspective.

ERP software is mission-critical technology. But it can take a while to sell and implement. There are also strong competitors in the market, such as Oracle (NYSE:ORCL), Infor, Epicor and Workday (NASDAQ:WDAY).

However, SAP has the major advantage of a massive installed face. Let’s face it, there is little customer churn because of the huge costs, complications and distractions of switching to an alternative system.

But SAP has not sat on its laurels. It has continued to invest heavily in its S/4HANA system, which leverages AI (artificial intelligence), allows for private and hybrid cloud environments, real-time processing, in-memory databases and advanced analytics.

True, the ERP business is mature and is not a source of strong growth. But it does mean substantial amounts of recurring free cash flows. During the first half of this year, they came to 3.12 billion pounds ($4.1 billion), up 59% on a year-over-year basis.

SAP stock is likely to get a boost from the red-hot IPO market. The reason is the company plans an offering for its Qualtrics business, which allows for online surveys and research. SAP acquired the company in 2018 for a hefty $8 billion.

But interestingly enough, it looks like the deal was a bargain. Given the spike in multiples for cloud companies, Qualtrics is likely to fetch a standout valuation.

SAP has other cloud companies that could also make for attractive IPOs. They include Concur (expense management), Ariba (procurement) and SuccessFactors (human capital management).

One of the biggest trends in technology is digital transformation. Many companies realize that to compete effectively, they need to be more data driven. But of course, this is far from easy. There are problems with legacy systems as well as cultural resistance.

But SAP is in a good position to help. Its solutions are broad and advanced. If anything, if a company already has an SAP ERP implementation, then it is easier to start expanding into other areas.

The company is also building the world’s largest business network to help with the transformation efforts. According to CEO Christian Klein, on the most recent earnings call:

“The crisis shows more than ever the world is becoming increasingly complex and companies need to react faster and more agile to changing market conditions. This is why we will change the way enterprises run by connecting customers, manufacturers, suppliers and logistic providers in one network where they can manage cost dependencies in real time, creating win-win situation for all stakeholders in the network.”

On the date of publication, Tom Taulli did not have (either directly or indirectly) any positions in the securities mentioned in this article.

Tom Taulli (@ttaulli) is an advisor/board member for startups and author of various books and online courses about technology, including Artificial Intelligence Basics, The Robotic Process Automation Handbook and Learn Python Super Fast. He is also the founder of WebIPO, which was one of the first platforms for public offerings during the 1990s.