Spartan Energy Shows Promise, But It Isn’t a Buy Yet

Its been the year of the special purpose acquisition company (SPAC). Over 50 SPACs have been formed in 2020 alone, and they have raised over $21.5 billion. Spartan Energy Acquisition (NYSE:SPAQ) is one of the top SPACs in the market, as SPAQ stock has jumped 40% so far this year. 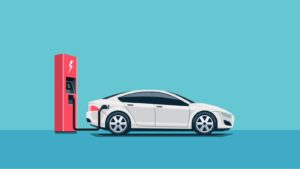 The company’s big news is that it is merging with an up-and-coming electric-vehicle company, Fisker. The equity valuation of the merger is expected to be  an impressive $2.9 billion, with $1 billion in gross proceeds. More importantly, these proceeds will be used to finance the production of Fisker’s electric vehicle, the Ocean.

But since the deal was announced in mid-July, SPAQ stock is down slightly. Investors don’t seem to be too exuberant about Fisker so far. The skepticism is understandable, but Fisker’s positive catalysts could make investors more bullish on it in the future. However, Spartan Energy isn’t worth buying yet.

Legendary car designer Henrik Fisker, the founder of Fisker,  previously took a crack at the EV market. Specifically, he  established Fisker Automotive, which went bankrupt within six years of its launch, back in 2007.

The company’s battery supplier, Wanxiang Group, purchased the majority of the company assets. Wanxiang later relaunched the company as Karma Automotive, while Fisker, who owned some  rights to the brand, founded Fisker Inc.

However, there are still questions as to how the company expects to stand out in today’s more advanced EV market.  For starters, Fisker’s core focus is on designing EVs and marketing them, as it is looking to outsource its manufacturing.

It strives to make “premium affordable” EVs that offer an immersive experience for its customers. Its original plan was to outsource its manufacturing to Volkswagen (OTCMKTS:VWAGY), hoping to take advantage of the German firm’s supply chain and economies of scale. The deal, though, hasn’t been finalized yet.

But encouragingly for Fisker, the EV market is still growing at a healthy pace. Therefore, there is plenty of room for EV startups to make their mark while the market matures.

Henrik Fisker has designed some of the most iconic vehicles in recent decades. Moreover, he has an expert management team and robust financial resources.

The company will use the proceeds from its merger with Spartan Energy to launch its flagship Fisker Ocean by late 2022. According to the company, the Ocean is “a fully electric SUV with premium styling and features and has been designed to be the world’s most sustainable vehicle.” Its price tag of $37,500, is significantly lower than Tesla’s (NASDAQ:TSLA) compact SUV, which costs roughly $50,000.

According to a famous saying,  “the lesson is repeated until learned.” In Fisker’s case, it seems that it is learning from its previous debacle by outsourcing the production of its vehicles. It has been in talks to outsource its production to Volkswagen. Fisker hoped to use the core components of Volkswagen’s MED platform for the Ocean.

Fisker initially hoped to finalize an agreement with the German automaker by July 2020. But it seems that the talks have broken down.

Though Fisker hopes to approach Volkswagen again later this month, it appears that the company is considering other options. If Fisker had been able to outsource its production to Volkswagen, it would have gained  access to Volkwagen’s unique supply chain. substantially lowering its costs.

Even if Fisker reaches an agreement with Fisker, its Ocean SUV won’t come out for another two years.  SPAQ stock could easily drop during that time, and it will probably decline in the coming months.

The Bottom Line on SPAQ Stock

Fisker has a lot of positives, but they don’t outweigh its risks at this stage. It has an attractive business model, strong leadership, and a seasoned management team. However, it’s too early to say whether it can meet its targets.

The company’s failure to make a deal with Volkswagen is worrisome. Given these points, it’s best to avoid SPAQ stock for now.

On the date of publication, Muslim Farooque did not have (either directly or indirectly) any positions in the securities mentioned in this article.