Why Investors Should Stop Speculating With JCP Stock

In May, J.C. Penney filed for bankruptcy. And yet, since May 20, JCP stock — which now trades under the ticker, JCPNQ, to symbolize J.C. Penney’s bankrupt nature — has essentially doubled. 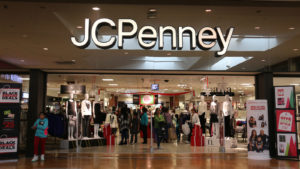 In essence, traders appear to be doing one of two things. They are either: 1) playing a dangerous game of “The Greater Fool” wherein traders are just buying JCP stock on the idea that someone else will buy it from them at a higher price in the future, and/or 2) betting on the idea that J.C. Penney’s real estate is worth enough to pay off creditors and still have some money left over for common shareholders.

So do yourself a favor and stop speculating with JCP stock. For common shareholders, this thing is worthless.

There’s a lot of speculation going on in markets right now. Look no further than Hertz (NYSE:HTZ), who was on the verge of bankruptcy but had enough of a spike in its stock price that the company is now planning on issuing shares to help pay off creditors.

JCP stock is caught up in this speculation.

After seeing what happened with HTZ stock, traders are piling into JCP stock on the hopes that other traders will follow suit. Buy the stock at 20 cents. Sell it at 25 cents. Bag 25% profit in a few days. Sounds easy enough, right?

It is. Until this game of the greater fool ends. At the end, the greatest fool will be holding a bag of JCP shares that, ultimately, are worthless. The stock will come crashing down. And the last buyer will lose everything.

The problem with playing this game is that you never know when the game is going to end. You never know if you are going to be the last buyer.

To that end, the best way to play the greater fool game, is to never play it all.

There is some hope out there that J.C. Penney has enough value in its real estate to sell all that real estate, pay off creditors and still have some money left over for common shareholders. This hope is misplaced.

J.C. Penney owns about 840 stores. Estimates for the value of that real estate range from $500 million to $1.4 billion. That’s about all the value J.C. Penney has.

The brand has minimal value. So does the company’s inventories. At best, you’re talking about a company with maybe $2 billion worth of assets in a complete liquidation.

There’s $3.7 billion worth of debt on the balance sheet. Thus, J.C. Penney falls well short of having enough assets to completely liquidate, pay off all its debt, and still have money leftover for shareholders.

In other words, JCP stock truly is worthless. And the JCP stock price will reflect this reality at some point.

I’ve been saying for the past several years that J.C. Penney is headed for the retail graveyard. See here, here and here.

Now that the company is in the retail graveyard, it will stay there. The retail world simply does not need another undifferentiated department store right now. There’s no room.

The most likely path forward is that JCP sells all of its real estate to Amazon (NASDAQ:AMZN), who leverages that real estate to establish a physical store presence across the U.S. and boost its fulfillment network.

In that scenario, creditors will reclaim some of their money. Common shareholders won’t get anything. There’s simply too much debt, and not enough real estate.

As such, investors should stop speculating on JCP stock now.

Luke Lango is a Markets Analyst for InvestorPlace. He has been professionally analyzing stocks for several years, previously working at various hedge funds and currently running his own investment fund in San Diego. A Caltech graduate, Luke has consistently been recognized as one of the best stock pickers in the world by various other analysts and platforms, and has developed a reputation for leveraging his technology background to identify growth stocks that deliver outstanding returns. Luke is also the founder of Fantastic, a social discovery company backed by an LA-based internet venture firm.  As of this writing, he was long AMZN.

This article was originally published by Investorplace.com. Read the original article here.
Post Views: 478
Share
Facebook
Twitter
Pinterest
WhatsApp
Previous article
5 Bank Stocks to Buy Because This Isn’t the Financial Crisis Again
Next article
Exxon Mobil Stock Is on the Way Back, but It Will Take Some Time