Why Norwegian Cruise Line Stock Is a Major Gamble

The cruise industry has been hammered ever since the onset of the novel coronavirus. Despite a steady recovery by the stock market, investor sentiment towards cruise stocks remains poor. As a result, the share price of Norwegian Cruise Line (NYSE:NCLH), a household name in the sector, has dropped almost 75% this year, burning many owners of Norwegian Cruise Line stock. 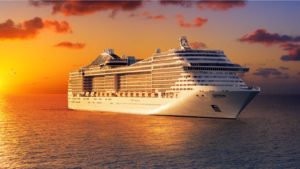 The slow recovery of the sector has forced the company to sell more debt and burn more cash. Consequently,  it is uninvestable at this point.

Back in July, the CDC issued a no-sail order, halting operations of cruise liners in the USA until September. Therefore, the cruise industry was expected to be back up and running in the fall. However, major cruise liners, including Carnival (NYSE:CCL) , Royal Caribbean (NYSE:RCL), and Norwegian, do not plan to sail for another couple of months. As a result, it’s tough to deny the growing opportunity costs of holding the sector’s stocks.

An Early Recovery Is Unlikely

Covid-19 continues to inspire uncertainty in the travel industry. Unlike air travel, which has shown some signs of recovery, it’s going to take a while before the cruise industry rebounds. With all the uncertainty due to the pandemic, cruise liners are shoring up liquidity to strengthen their financial positions. In May, Norwegian CEO Frank Del Rio said that the company had enough money to survive for 18 months without generating revenue.

The major U.S. cruise liners, including Carnival, Royal Caribbean, and Norwegian, have already announced that they won’t resume operations until November. I won’t be surprised if that deadline is pushed back to early next year due to the U.S. elections.

However, it seems that Norwegian’s customers are losing their patience. Roughly 60% of its passengers who paid for cruises have requested refunds.

Norwegian’s Q2 was the worst in its history, with virtually zero revenues. Its net loss came in at $715.2 million compared to a record net income of $240.2 million in the same quarter last year.

All eyes are on its liquidity position, which stood at $2.8 billion at the end of June. With its ships docked at various ports across the world, the company had virtually no option but to sell more debt. Meanwhile,  additional stock offerings by the company have diluted shareholders in the past six months.

The sad reality for the company is that, despite its efforts, it has been unable to control its cash burn. It is currently burning around $160 million per month due to the cost of maintaining its fleet, interest expenses, and other expenses. After it sold additional debt, expect its cash-burn rate to increase sharply in Q3.

From the table above, it is clear that Norwegian has the worst liquidity position amongst the three giants of the industry. It has the lowest market capitalization among its peers, but it also has the worst free cash flow-margin among the three.

Additionally, its ten-year interest coverage is the lowest of the three, and it has the worst debt-to-equity ratio. Overall, its liquidity position is worrisome and will continue to get worse.

There’s a lot to worry about if you’ve invested in Norwegian. For starters, investing in the cruise industry itself is a gamble at this stage.

The pandemic continues to push back restart dates, putting immense financial pressure on various cruise liners. Norwegian is coming off its worst quarter ever, and its Q3 results should be more of the same. It also has one of the worst balance sheets in the industry, which further complicates its situation. Therefore, it’s best to steer clear of Norwegian Cruise Line stock at this time.

On the date of publication, Muslim Farooque did not have (either directly or indirectly) any positions in the securities mentioned in this article